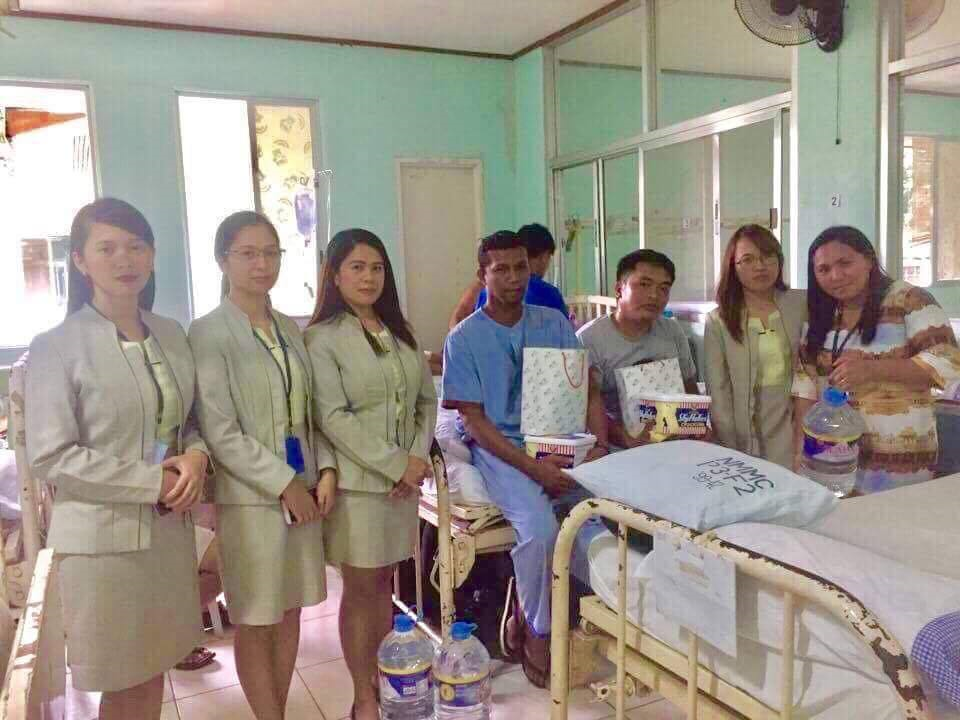 A Salute to the Heroes of Marawi City Crisis

On May 23, 2017, the ISIS-linked local terrorists, the Maute Group, spread violence in the predominantly Muslim city of Marawi in Lanao del Sur. The Armed Forces of the Philippines dispatched several units and personnel to neutralize the terrorist forces who have set ablaze a local college, a local prison and a number of private properties, and besieged local government offices, a Christian church, and other establishments.
Since the first day of government operations against the Maute Group, ACDI MPC has been closely monitoring the situation in Marawi City and nearby areas. From May 23 to 30, the Head of Visayas-Mindanao Operations Group, Ms. Juliet Saavedra, with the branch personnel from Cagayan de Oro and Pagadian initially extended assistance for the 38 casualties from various Infantry Divisions and Special Operations Command of the Philippine Army and local police, of which 36 were wounded-in-action (WIA) and two (2) were killed-in-action (KIA).
(Update as of June 13 2017). The Luzon Group headed by Ms. Dalisay T. Mones together with Ms. Michelle S. Sutrina, Area Head for National Capital Region and Ms. Catherine P. Nario, Head of AFP GHQ Branch, visited the survivors at the AFP Medical Center in Quezon City on June 1. On June 12, the team also honored the fallen soldiers at the wake in the Philippine Marines Headquarters in Fort Bonifacio and condoled with the bereaved families. Meanwhile, the VisMin Team under Ms. Saavedra further extended humanitarian assistance to the survivors and families of fallen soldiers across the region. From June 1 to 13, ACDI MPC extended assistance to 54 casualties, of which 38 were WIA and 16 KIA.
The Cooperative salutes the gallantry and dedication of our security forces, both the military and the police, who have risked their lives to protect lives, restore peace and order, and defend our sovereignty and national interest.